Funeral Services to Be Held for Mike Evans on August 20, 2018 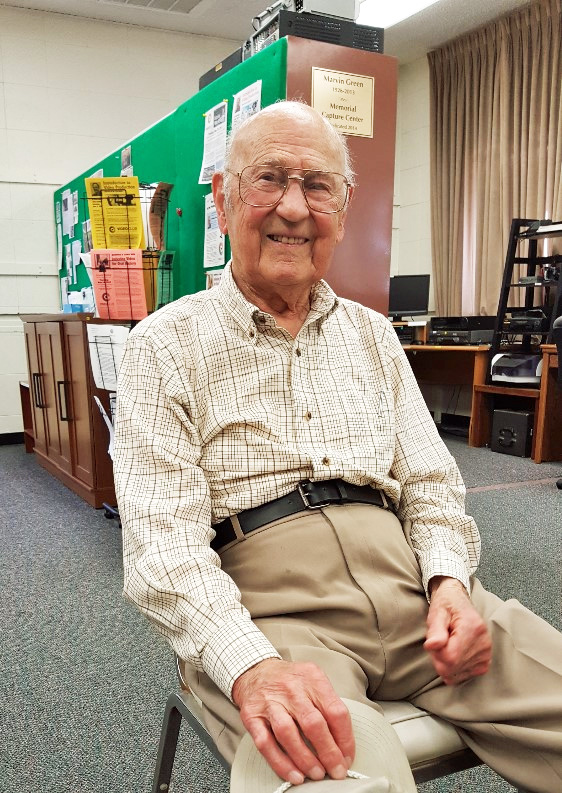 Mike Evans, the last founding member of the Video Club, passed away in early August. He would have been 100 in September. Services for Mike will be held Monday, August 20, 2018, at 11 am at the Lutheran Church of the Cross, 24231 El Toro Rd., Laguna Woods. A reception will follow at the church.

Mike and a group of residents interested in making videos started the Video Club of Laguna Woods in October, 1989, at Clubhouse 4, later moving to our present location to gain more space. Today, with non-destructive, computer-based video editing — using programs like Corel VideoStudio for PC and iMovie for Mac — we have it easy compared to the pre-digital days of 1989. Mike, a retired professional photographer, and his friends used VHS player-recorder units to edit camcorder tapes, as well as razor blades and splicing tape to edit 16mm and 8mm film. If you made an editing mistake in those days, too bad!

Mike visited the Video Lab on May 11, 2017, when the photo above was taken. At that time, he was living at Village Valencia. His wife, Delores, was in a board-and-care home nearby. Mike and Delores were Laguna Woods Village residents for 30 years.

Mike was also active in the Camera Club (he was a past-President), woodworking, and the American Legion. For the Video Club, he served a the official photographer for our Annual Awards Banquets, taking both formal portraits of guests and still photos of the activities. In 2014, at the request of then-President Lucy Parker, Mike undertook a complete inventory of all Video Club equipment, a task which took him several months. The labels you see on various devices and the gold “Property of the Video Club” labels are reminders of Mike’s diligent work.

This portrait, which was printed on the program

and displayed at Carly’s Memorial Service, was presented to her when she was named “Leisure Worlder of the Month.”

From NORMA BENNER, Club Historian
Carly Luetzow, who in 1989 was a founding member of the Video Club of Laguna Woods, passed away on July 21, 2015. Besides serving the Video Club as President and later as Secretary, Carly worked as producer / director in our Video Studio, assisting the Mike Ayotte, Bev Glass, and Marvin Green team in many productions including the Write-on Show and hundreds of Veterans’ Histories. Carly taught interviewing techniques and helped the Video Club in so many ways!

A Memorial Service was held on what would have been Carly’s 90th birthday where we learned more about this remarkable lady. For those of you who were not able to attend the August 12th Memorial Service at Geneva Presbyterian Church in Laguna Woods for Carlann Frase Luetzow, we have collected the inspiring “Words of Remembrance” from her family members, printed in a Videogram ALERT.

I hope, whether you knew Carly or not, you will read these tributes from the Memorial. Carly’s life was truly inspirational. Those of us who knew and worked with Carly were indeed blessed. 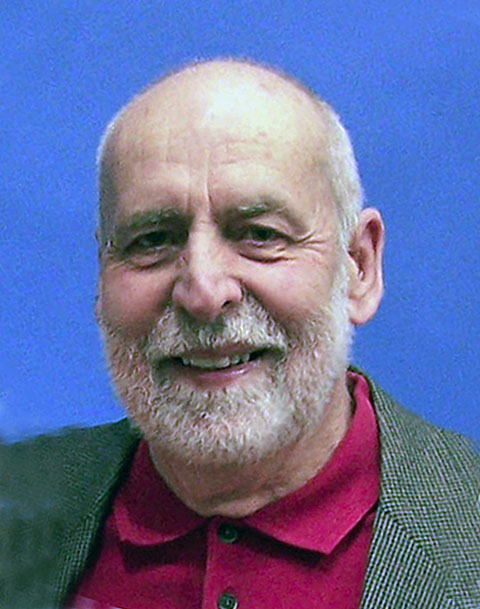 (January, 2015) Four recent Past Presidents, Lucy Parker (2014), Scott Marvel (2013), Charles Higginson (2012), and Norma Benner (2009-2011), have sent a letter to express the Video Club’s thanks to Tom Martin as he steps down from his longtime service. Tom has been President, Treasurer, Purchasing Manager, and Newsletter Editor, as well as holding other club assignments.

“It is with much regret that we issue this official notice of your release from your assignments as Video Club Board Member, Lab Supervisor, Equipment Curator and Software Manager for the Laguna Woods Video Club. Your many contributions to the Club have been both extraordinary and cover a span of time that is almost equal to the lifetime of the Club. You have  set a course for the Club that will carry us long into the future. Your presence, expertise,  advice and vast video knowledge cannot be easily replaced and will be greatly missed. . .

“There is no way we can express how deep our gratitude runs for the endless hours, over such a long period, that you have devoted to the Video Club. Please know that your service is appreciated. And, as we move forward, it will be our pleasure to pursue the course, as you have defined it, for the Video Club in the coming years.

“We wish you all the best in whatever the future holds for you and your family.”