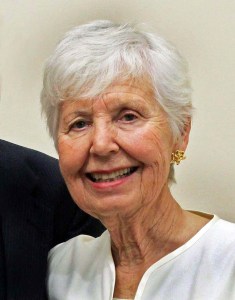 Club Historian Norma Benner, who served as President from 2009 to 2011, will be using this page to share occasional “blasts from the past.” If you have an historical item to share, email Norma at nnbenner@fea.net.

January 3, 2020
A few years ago, a resident called offering her collection of VHS tapes to our club. From our name “Video Club” she assumed that the purpose of the club was to gather members together to watch movies! Some Video Club members still watch old movies on their VCRs at home, but others watch their VHS tapes containing precious family footage on a monitor in the Club’s Capture Center while transferring the content into a digital format for preservation.

The result can be put directly onto a DVD or brought into an editing program on a computer for enhancing by cutting out the extraneous, adding titles, photos, sound, making color correction, etc.

It is important not to delay as VHS tapes deteriorate. The Capture Center in the Video Club’s Lab is open from one to four pm Tuesday through Friday. Volunteer supervisors will help you learn how to use the equipment. Together we can help you while fulfilling the Club’s mission to help Villagers “Preserve and make memories.”

November 6, 2019
When I look at the beautiful display case in the Video Lab (which houses our “museum” of older video paraphernalia), I think of the donor, Joe Zambito. Joe was the leader of the monthly Ulead Users Group. Ralph Vanderlinde and Wolfgang Kutter, who now lead the successor Corel VideoStudio Forum (currently inactive), were participants in Joe’s group. (Note that Ulead Systems is a division of Corel.)

Note: Joe Zambito was not a resident of then Leisure World. He was always well prepared to lead the Ulead Users Group. He bought the latest software version. We had been looking to buy a display case and when Joe was moving from his beautifully furnished home in Mission Viejo, he graciously contributed it along with computers and a desk (which was used for holding acquired computers while repairing them). Joe has recently moved into an assisted living facility in Arizona.

From the January 2011 Videogram

NOTE: Meeting in “users’ groups” was how the Video Club shared video editing know-how in past years.

WHAT’S IN A NAME?
For many years the Video Club had only two Video Editing Groups: Pinnacle and Ulead. As they met separately, calling them Pinnacle Users and Ulead Users‘ meetings made sense. Then, thanks to Ed Larson, some of our members began to use Microsoft’s Windows Movie Maker. Then we added a Mac, so iMovie could be taught and practiced under the leadership of Ed Koch. We began calling the combined meetings “User’s Meetings.” Starting this month, we’ll call this second Thursday of each month 12:30 pm meetings Video Editors Meetings. We’ll continue having a half hour of information of interest to users of all editing programs before breaking up into specific editing groups.