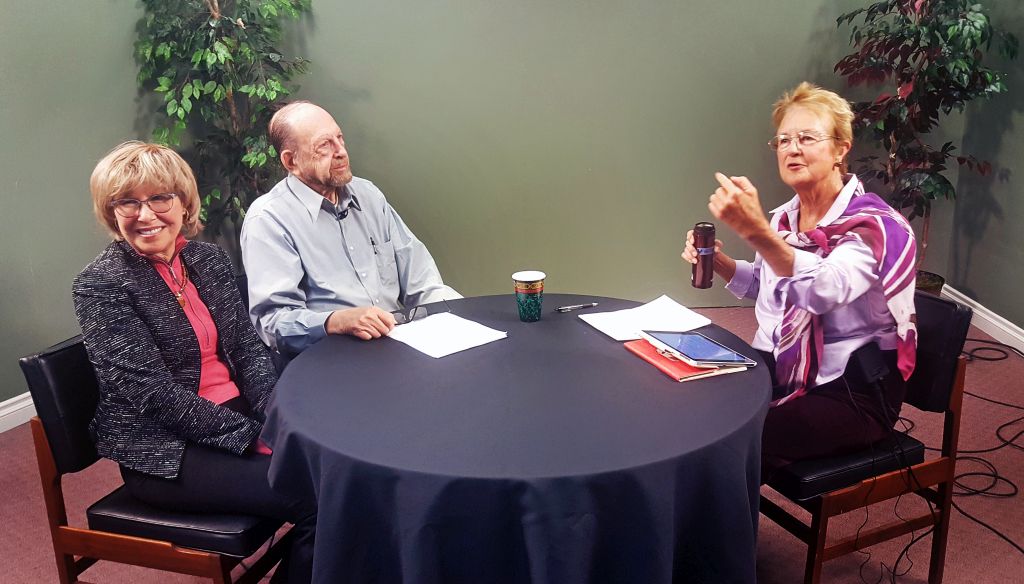 Thrive – Every Thursday at 9:30 am (produced by resident and professional videographer Scott Marvel)

This month on the “Thrive” show will interview Villagers competing and having fun in the Village Games. Scott Marvel, who uses smartphone videography to produce the show, will teach a four-session smartphone video production class starting Friday, June 1. Click here for details.

Write Now – Every Monday at 11:30 am (produced by Village Television)

Says David: “In addition to working for Village Television, I also play music and write songs. I’ve been written a few scripts as well. I always need to be doing something creative.” He is the owner and creative director of Big City Dreams Entertainment.

David attended audio engineering school as preparation for his work in TV production. Both his parents are musicians, and his mother owned a magazine for women in rock and roll. “I grew up in a musical family and it’s in my blood,” the young producer says. “I had the opportunity to meet a lot of musicians and people in the industry at a very early age, so I was exposed to a lot of different music and culture. Many people say I’m an ‘old soul.’”

At Village Television, David’s projects include, “Beyond the Red Carpet,” “Good Day, Orange County,” “Wellness in the Woods,” and “Food, Friends & Fun.” “I’m really excited about the future of Village Television,” he says, “and how we’ve stepped up the production value and continued to bring new and interesting content to the community.”

Laguna Woods Stories – Every Wednesday at Noon (produced by Video One)

The May show is “all about the environment,” with two knowledgeable guests, both Village residents: Jonathan Adler, a former environmental lawyer, and Shari Horne, City Council member and former Mayor of Laguna Woods, interviewed by Video One member Betsy Martin.

NOTE: A video containing the 10 finalist entries the Video Club’s Annual Short Video Contest – as shown at the club’s 7th Annual “Academy” Awards Banquet on February 24, 2018 – will be broadcast three times in June over Village Television. It was edited for the club by Suzanne Savlov of Video One and will soon be posted on the club’s YouTube channel with a link on this website. Watch for it.

THE WRITE NOW SHOW – Meet local authors. Sundays at 12:30 am, Mondays at 11 am, Fridays at 10:30 am. Hosts: Video Club Members Charlie Redner and Judy Saxon – Produced by Village Television