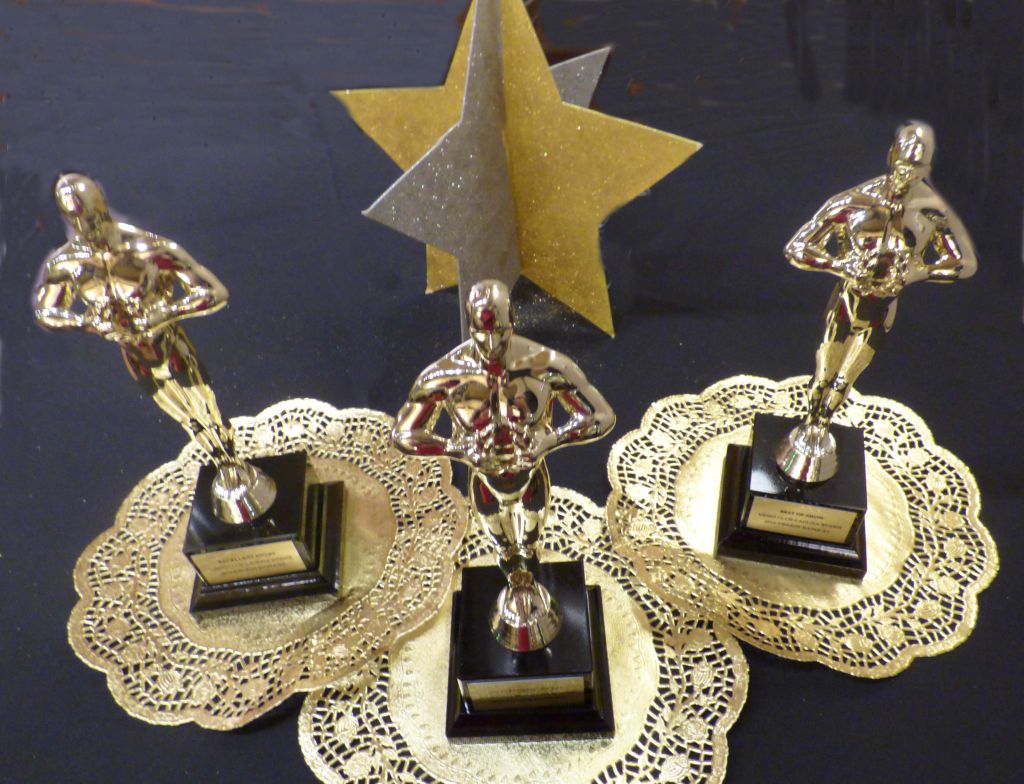 A video containing the 10 finalist entries in the Video Club’s Annual Short Video Contest – as shown at our 8th Annual “Academy” Awards Banquet on February 24, 2018 – will be broadcast three times in June over Village Television. It was edited by Suzanne Savlov of Video One with added footage directed by Suzanne and shot by Video One on March 21. In the added segments, Video One member Bill Hemberger, a professional voice-over actor, and resident Tracey Stewart work as a Rose Parade-style team to interview club members about their contest entries. The video will be shown over Village Television on:

The Contest-Banquet video is also posted on the Video Club’s YouTube channel at https://youtu.be/2mt80RMIv5o .

Chuck Hale, whose one-day “Introduction to YouTube” class drew a good crowd on May 21, was interviewed on the Village Television’s “This Day” news show on May 17. The interview may be seen on YouTube at https://www.youtube.com/watch?v=dgtwbjtJyhg. Chuck coordinates our YouTube channel and for many years taught PC video editing for the club.

Resident and professional videographer Scott Marvel discussed his upcoming class in smartphone video creation, “Making Amazing Movies with Your Smartphone,” on “This Day” on May 29. His interview may be seen on YouTube at https://www.youtube.com/watch?v=ECIauaKDgak&feature=youtu.be .

Laguna Woods Stories – Every Wednesday at noon (produced by Video One)

This month on the half-hour “Laguna Woods Stories” show, hosted by Dr. Tom Nash, we meet two very interesting Village residents – Johnny Leveque, who had a long career doing sound effects for Hollywood films, and Anne Gilbert, a Jew who escaped from Hitler’s Germany and also became a spy.

Thrive – Every Thursday at 9:30 am (produced by resident and professional videographer Scott Marvel)

This month Scott Marvel’s half-hour “Thrive” show will profile the Video Club, sharing what we do and how we do it, including the services provided free to all residents Tuesday-Friday afternoons in the Video Lab. The program will also take viewers to a meeting of the club’s Video One production team, where members will discuss recent projects. Don’t miss it! BTW, Scott is developing a template to profile other clubs through his on-going show to share ways they are thriving in the Village and to let resident viewers know more about opportunities for participation. We have the honor of being the first in this possible series.

In June, the half-hour “Write Now” show will interview resident Judy Sterrett Rizzo, a retired nurse who is in the final stage of preparing her autobiographical manuscript for publishing. Judy’s story includes working as a psychiatric nurse in the ER (think “Chicago Med”) and as a consultant with the FBI during hostage negotiations. She came to the Village from Michigan and loves both Michigan football teams, having attended the University of Michigan as well as Michigan State. She’s a member of the Aquadettes and was active with the Laguna Woods Audubon Society before it disbanded. She also dotes over a cockatoo named Caruso. Well-traveled, Judy recently returned from a trip to China, and her many other interests and hobbies constantly keep her on the go.