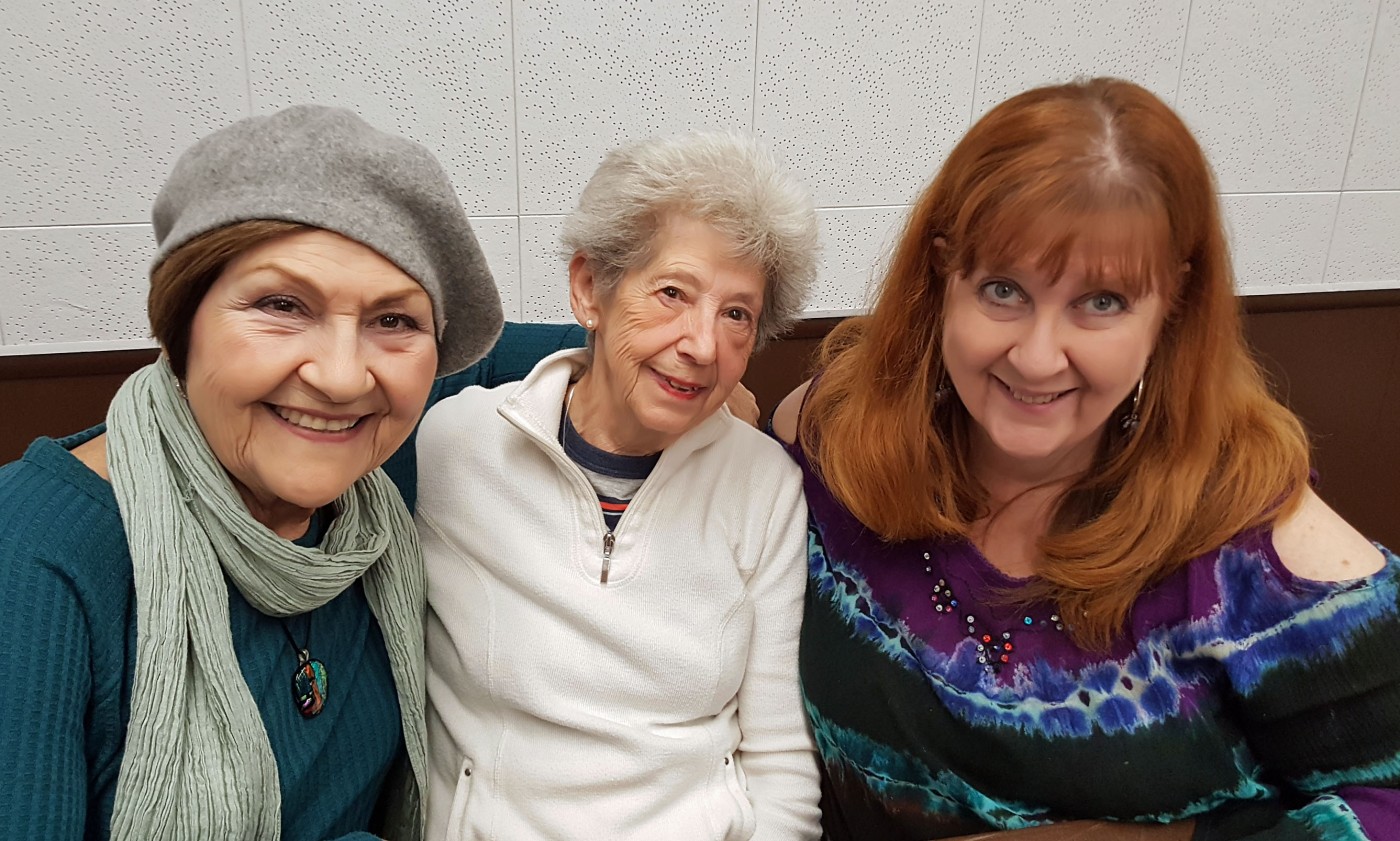 Above are cast member (from left) Eveline Hoffman, Sarah Moscoe, and Sharone Rosen.

Encouraged by the success of “Write It Down,” the Video Club’s first short dramatic video, produced last fall and winter, Video One Productions has undertaken production of a second short dramatic video this fall. Script selection, casting, and key crew recruitment have been completed, although more crew members may still be added.

John Kelly, who will direct the video, and Studio Manager Tom Nash, who will be the project’s advisor, selected “What? You, Too?” – an original script by club member Lucy Parker – out of seven script submissions from Village residents.

With edgy humor, “What? You, Too?” tells how the Village helped one resident overcome prejudices and loss to find friends in a new environment. The video asks, “Can’t you be different and still be friends?” The video is expected to run 13-15 minutes.

Lucy Parker will serve as the the project’s Producer. Veteran Old Pros director Sheila Bialka, who has recently become an active Video Club member, is the Casting Director.

“We’re in pre-production now, planning shoots for the last two weeks of November,” says John, adding, “We hope to premiere ‘What? You, Too?’ at the Video Club’s 10th annual Goldie Awards Banquet on Saturday, February 1, in Clubhouse 2.”

All cast members are part of The Old Pros theater group. Playing Maggie, an East Coast transplant who doesn’t want to live in the Village, is Sarah Moscoe. Sharone Rosen will play April, her butt-in New Age neighbor, with Eveline Hoffman as Sallyann, her butt-in Evangelical neighbor. Lewis Marcus will play Paul, Maggie’s kindly dead husband, while David Dearing will be Eddie, Sallyann’s helpful husband who moves things along by revealing a secret.

Gila Zalon will managing script and clapboard. Sheila Bialka will coordinate wardrobe and makeup. Lucy Parker and Jill Amadio will handle props, with Lucy also doing publicity. Gila and Jules Zalon will handle credits and titles. Editing will be by Lucy and Suzanne Savlov.