The Video Club will collaborate with the Mac Club starting Wednesday, January 10, to offer “iMovie Trailer,” a monthly video editing class using Apple’s iMovie software on iPhones, iPads, and Macintosh computers. To be held from 1-2:30 pm in the Anne & Charles Clark Mac Learning Center on the third floor of the Community Center, “Trailer” is an Apple term for a short, easily-made video.

The move was engineered by Video Club President Steve Carman and longtime Mac Club Instructor Ron Plain, who taught an iMovie class together in the Video Lab this fall and will co-teach the new course. Video Club Secretary Stephanie Brasher, a Mac Club Supervisor, is supporting the class with a promo video on her YouTube channel, Second Chance Productions. View it at https://www.youtube.com/watch?v=O8MwCH8r5-k .

Depending on student response, the class will be continued monthly on second Wednesdays in the Mac Learning Center, taking advantage of that venue’s many late-model Mac computers and making the training more readily available to Mac Club members. 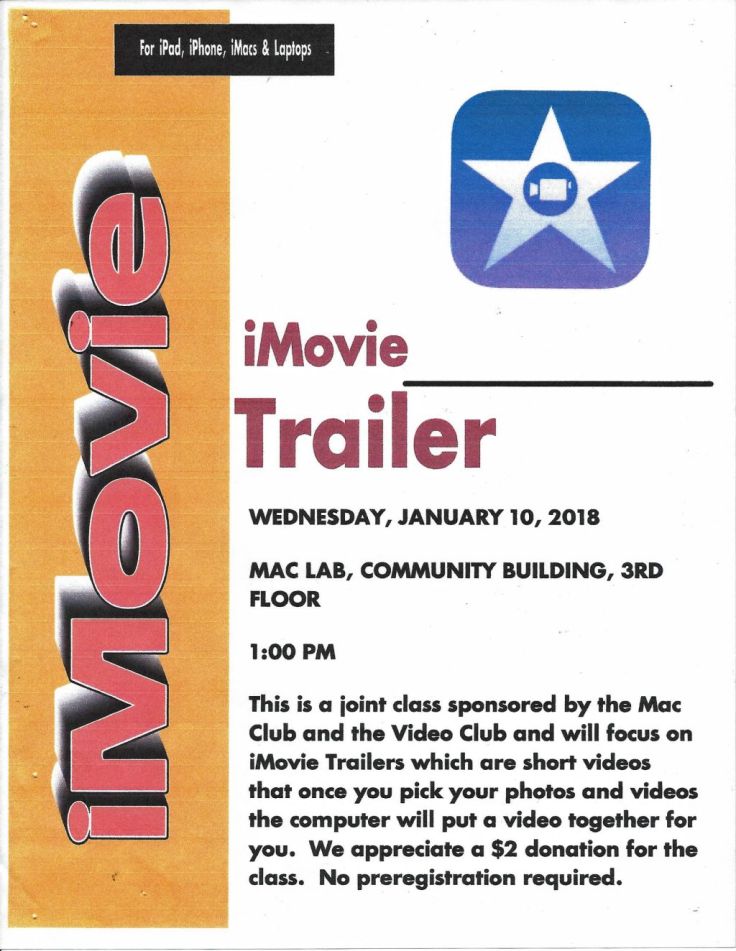