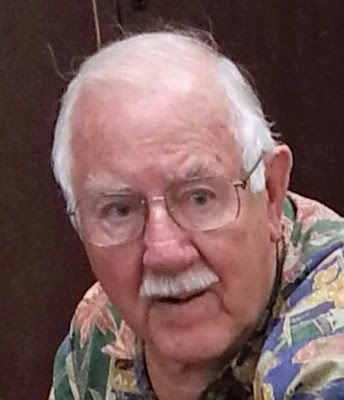 That’s the line-up announced by Project Day Coordinator Betsy Martin for our last Project Day of the season Monday, June 11, from 1-3 pm in the Video Lab. Open free to all residents and their guests.

Above, from left, Wolfgang, Stephanie, Jim, and Tom.

Friday Video Lab Supervisor Wolfgang Kutter will share tips on using filters to improve your videos in the PC editing program Corel VideoStudio, taught in Video Club classes. Club Secretary Stephanie Brasher will share some of her recent work in the popular Apple Clips app, which allows users to create clever short videos quickly and easily with many special effects. Stephanie has taught Clips for both the Video Club and the Mac Club.

Jim Rohrs, Thursday Video Lab Supervisor and an active member of the Video One production team, will explain how he handled both camera and sound, shooting alone during a performance by the Village band, Rock of Ages. A special trolley allowed Jim to keep his camera steady on a tripod while moving it to vary the angle.

Vice President Dr. Tom Nash, who heads our Learning Opportunities Committee, will explain techniques he uses to put interview subjects and ease, while encouraging them to share meaningful experiences from their lives. Tom’s series, “Laguna Woods Stories,” profiles interesting Village residents monthly on Village TV and is shot in the Video Studio.

For more information or to be scheduled as a presenter next fall, contact Project Day Coordinator Betsy Martin at bmartin125@comline.com, 707-540-1955.

Project Day is when Video Club members showcase their recent work, followed by discussion and critique. There will be no Project Day during the summer. The next Project Day opportunity to share member work will be on Monday, October 1. To be scheduled as a presenter, contact Betsy at bmartin125@comline.com or 707-540-1955.

Project Day participation is open to all club members, not just VidOners. So how about it, you smartphone video enthusiasts? Any new videos to share?

One thought on “Project Day June 11 Offers Something for Everyone”