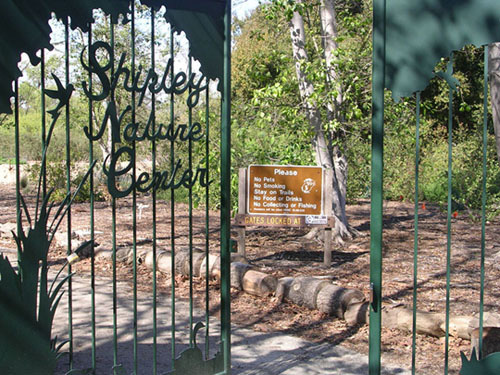 BEYOND THE GATES, Wednesdays at 11 am

EYES ON BOOKS, launching in December – watch for it!

In photos above from October 18 “Eyes on Books” shoot in the Video Studio, at top from left, Joan Carman applies makeup to co-host Elaine Schitter; producer Suzanne Savlov observes Tom Nash and Jack Crawbuck at the switcher in Control Room; crew gets ready to shoot; and novelist Fiona Davis appears on screen as Elaine and co-host Mike Holtzen interview her.

“Eyes on Books,” Video One Productions’ newest half-hour TV show, focuses on writers and readers and is produced and edited by Suzanne Savlov. It went into production on October 18 in the Video Studio, when co-hosts Elaine Schitter and Mike Holtzan (shown in photo), both Village residents, interviewed New York Times bestselling author Fiona Davis from her East Coast home – her face appearing via Zoom on a TV screen between them. They discussed Fiona’s latest novel, The Lions of Fifth Avenue, which, in the words of Publishers Weekly “delves into the history of the New York Public Library in (a) delightful mystery.” Crew included Jack Crawbuck, Tom Nash, Joan Carman, John Kelly, Eric Kuramoto, Jim Rohrs, and Lucy Parker.

A second segment was recorded October 25, when Suzanne’s husband, retired psychologist Steve Savlov served as one of the co-hosts, interviewing best-selling, Los Angeles-based novelist Gwendolyn Womack about her novel, The Time Collector. In this fast-paced romantic quest, Roan West, a skilled “psychometrist,” is able to perceive the past of any object he touches, thus reliving memories across centuries and gleaning history first-hand. More reader-writer segments will be shot in November in preparation for the show’s launch on Village Television in December.

Production of “Welcome to My Home” has been discontinued and the show is in re-runs. It visits the homes of Village residents born outside the United States, telling viewers about their cultures and foods, produced and edited by Suzanne Savlov

Produced and edited by Fred Harshbarger, the half-hour show features short videos by Video Club members. The show is currently in re-runs.

JAZZING AROUND, Fridays at 8:30 pm

An hour-long show for jazz lovers, “Jazzing Around” features original footage shot and edited by Fred Harshbarger from his extensive collection of West Coast jazz band performances. In November, viewers will enjoy the following performances: “You Made Me Feel so Young” by Phat Cat Swinger Band, “Shake that Thing” by Grand Dominion Jazz Band, “Sleepy Time Down South” by New Orleans Swamp Donkeys, “Blues My  Naughty Sweetie Gave to Me” by Uptown Lowdown Jazz Band, and “The Thrill is Gone” by The Sophisticats (at TGIF in Laguna Woods Village).

DISCOVERING LAGUNA WOODS, Wednesdays and Sundays at 9:30 am

Video Club member and show host Cyndee Whitney writes, “Flowers in your hair and music in the air! It can only be Laguna Woodstock 2021. (We highlight) the day that features tie-dye, beads, headbands, actual bands, and lots of dancing! Join us at the festival!” (Show produced by Village TV.)

Video Club member Charlie Redner writes, “Paul (Ortiz, VTV General Manager) and I have agreed to stop “The Write Now Show” reruns. My next show, “Writers & Readers,” will broadcast a day and date in January, TBD.” Charlie and his co-host, the late Judy Saxon, presented the show on Village Television for many years, originally featuring Village authors.