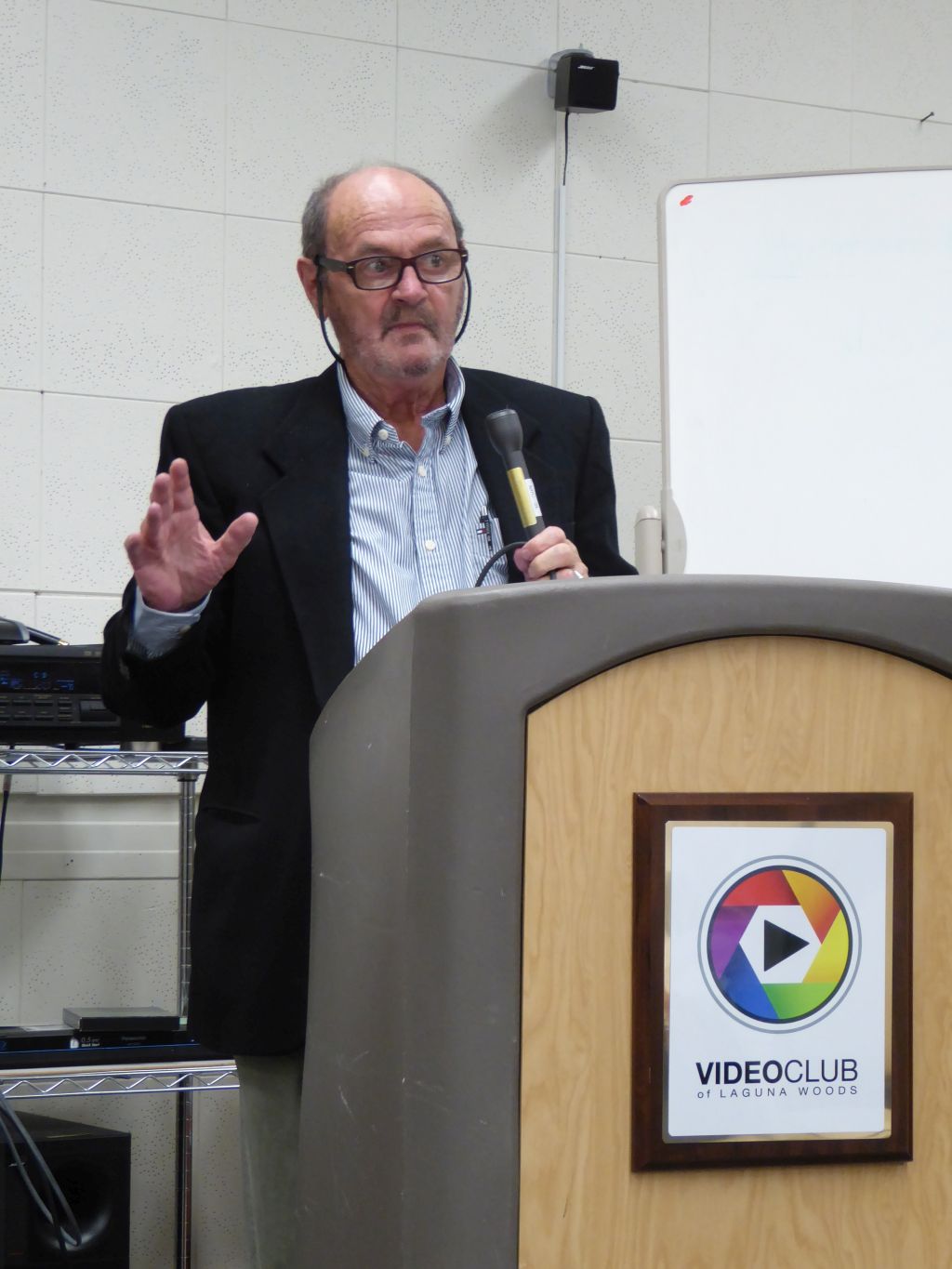 “View video as a solution to a problem,” videographer John Kelly urged attendees at the club’s October 19 General Meeting where he spoke on “Pre-Production: The Art of Fixing Problems That Haven’t Happened Yet.”

The first task of pre-production, according to John, is to find out what the client really wants. What problems does the client expect the video to solve – and how can I make this video solve them? Ask a lot of questions in order to determine two pre-production fundamentals: (1) What information do you want the viewer to come away with? And (2) What emotional impact – what tone or feel – do you want the video to have? “A successful video needs to accomplish both,” he stresses, adding, “Ask the client for any existing videos and photos and how well they worked.”

After you know the client’s goals, says John, do a “walk-through” of what’s going to happen – and do it in the actual setting. Think through all aspects – equipment needs and possible equipment failures, outside factors such as extraneous noise, “people needs” such as bathrooms and food. “A happy crew,” says John, “is a productive crew.”

John also advises: “Make sure the client’s expectations are do-able. The client is turning to you as a professional to explain what can reasonably and affordably be done, so don’t over-promise. It’s much better to say ‘no’ at the beginning than to begin a project and fail.” In the end, he summarized, “Your goal is to fix problems in advance. Pre-production is your friend.”
ABOUT JOHN: In 1984, Alexandra Scott (born in Germany) started Scott Video Productions in Newport Beach. In 1985, John Kelly (born in Australia) joined the company, eventually marrying Alexandra in 1991. (A good career move!) Together they operated Scott Video for over 30 years, shooting videos for more than 1,000 clients with budgets ranging from $500 to $500,000, and winning two major national non-broadcast awards, a 1993 Telly Award and a 2000 Caples Award. After retiring to Laguna Woods Village in 2016, they joined the Video One production group and enjoy bringing their decades of experience to fellow members, as well as continuing the never-ending process of becoming better story-tellers and keeping up with the new advances in digital imaging.