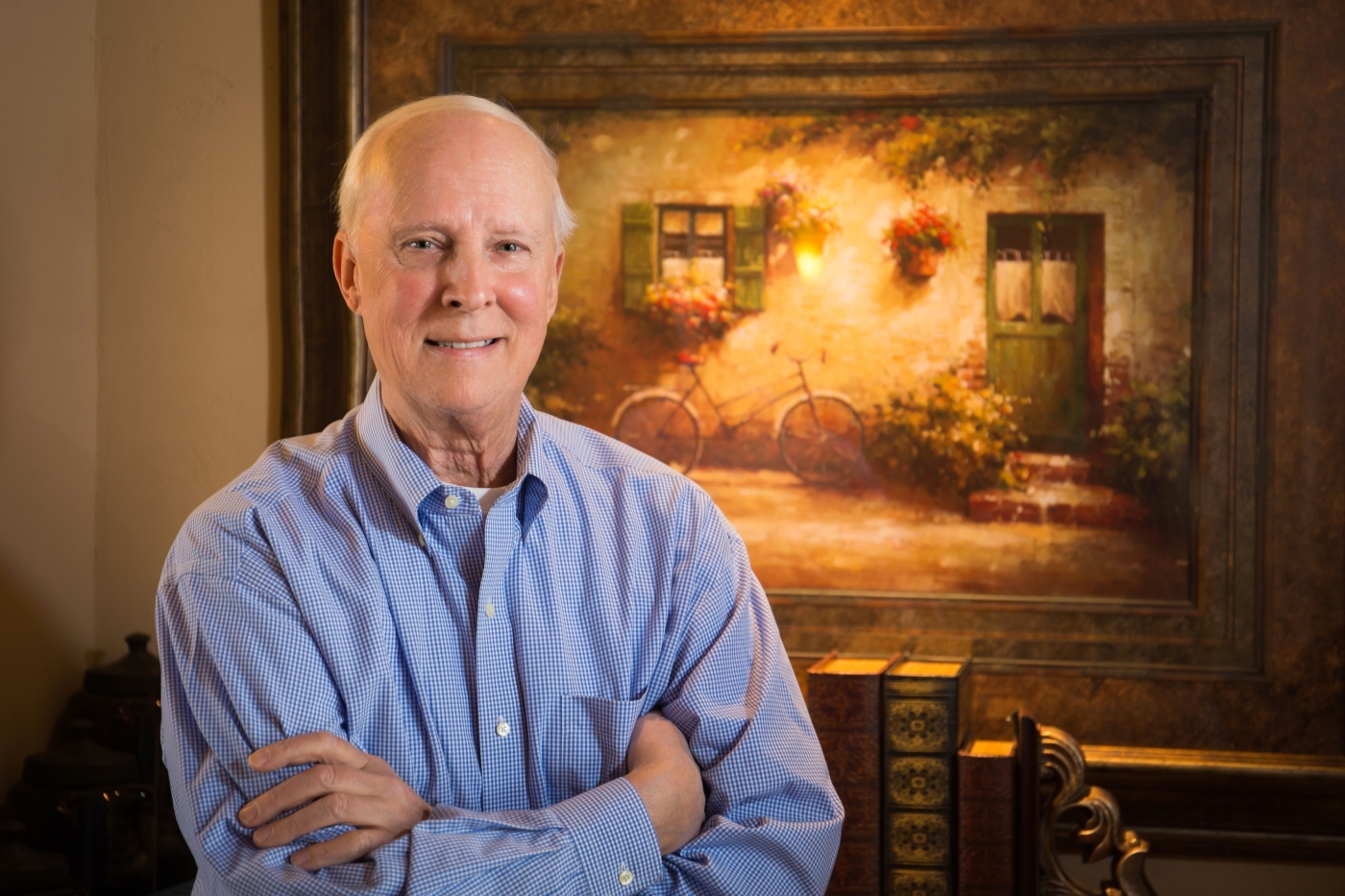 “The Hole in One,” a story of friendship and ambition by Video Club member Douglas F. Sainsbury (above), was selected in September from eight original scripts submitted in the Video Club’s third Short Dramatic Film Script Contest, according to Dr. Tom Nash, club Vice President, who coordinated script selection. Submission was open to Village residents and members or past members of registered Village clubs.

Doug’s script will be produced later this year by Video One Productions, the club’s team-based production unit.

A committee consisting of Tom and club members John Kelly (who directed the club’s first two short dramatic film productions, “Write It Down” and “What? You, Too?”), Gila Zalon (author of “Write It Down”), and Lucy Parker (author of “What? You, Too?”) made the selection. To encourage local writers, Lucy and Gila taught a three-session Video Club Zoom class in “Scriptwriting for Short Dramatic Videos” during April, 2021, with 12 student enrolled.

As an aid to evaluation, committee members rated each script from 0 to 10 on each of the following criteria:

Story Quality – Does it maintain interest, hold together, and have a good ending?

Suitability for Our Population – Does it involve characters and situations of interest to older people?

Ease of Production –  With no budget and limited time, can we find suitable cast and locations?

In an email to those who had submitted scripts, Tom Nash wrote (of the eight scripts submitted): “…a couple of them would have been far beyond our ability and/or means to produce, so they were disqualified. There were two submissions that were not fully developed as scripts, presented more as treatments, so they were also disqualified. All of the remaining scripts would have been suitable for our purposes, so choosing the best one was difficult.  But at the end all four of the committee members agreed.

“If your script was among those not chosen please don’t be discouraged.  Consider revamping it and submitting it again next year.  It’s also possible that we may be able to produce another script next spring.  You might want to have some trusted friends read it and see if they have ideas to improve it.

“Thank you for your submission.  We hope that the process of creating the script was rewarding in itself. Who knows where it may lead in the future?”