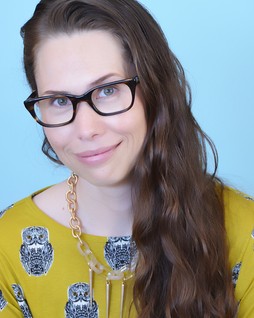 TARYN HOUGH, who directed and produced the award-winning 21-minute documentary, “The Last Doll Lady,” about Village resident Selma Bukstein, will speak on “The Importance of B-Roll” at the Video Club’s next General Meeting, Thursday, September 20, in the Video Lab. Refreshments and socializing at 6:30 pm, program at 7 pm. Open without charge to all members, Village residents, and their guests. Taryn will discuss various documentary film techniques as well as some strategies for entering film festivals. CLICK HERE for flier.

Selma Bukstein (shown at right in a scene from the film), now in her 90s, has devoted much of her life to the educational program, Dolls for Democracy. Begun in the 1950s by the national women’s organization B’nai B’rith, the program reached school children throughout the US, using hand-crafted 12-inch dolls to tell stories of humanitarian heroes like Abraham Lincoln, Helen Keller, and Martin Luther King. The official program has ended, but Selma continues it today as “Heroes of Democracy.”

In her presentation, Taryn will show “The Last Doll Lady,” along with specially-edited sections where B-roll (incidental footage to establish character or scene) has been left out. She describes her documentary filmmaking style as “Observational Cinema.” On August 31, Taryn was part of a Video One Productions shoot in the Video Studio to create a new educational video of Selma giving her doll presentation. Edited by Taryn, this video is already available online.

Born and raised in Southern California. Taryn Hough got her love for cinema at a young age, when her mother took her to the movies every weekend – which sometimes resulted in seeing not age-appropriate films. Her love for documentaries started in junior high when she saw “American Movie” for the first time. Taryn has worked in front of and behind the camera for over 10 years. “The Last Doll Lady” is not her first film, but it is her first documentary.

Our next General Meeting, Thursday, October 16, will feature Village resident Don Swetz speaking on “Disneyland Behind the Scenes: How It All Works.” For info, contact Steve Carman, steve.carman@mac.com, 424-254-6583.