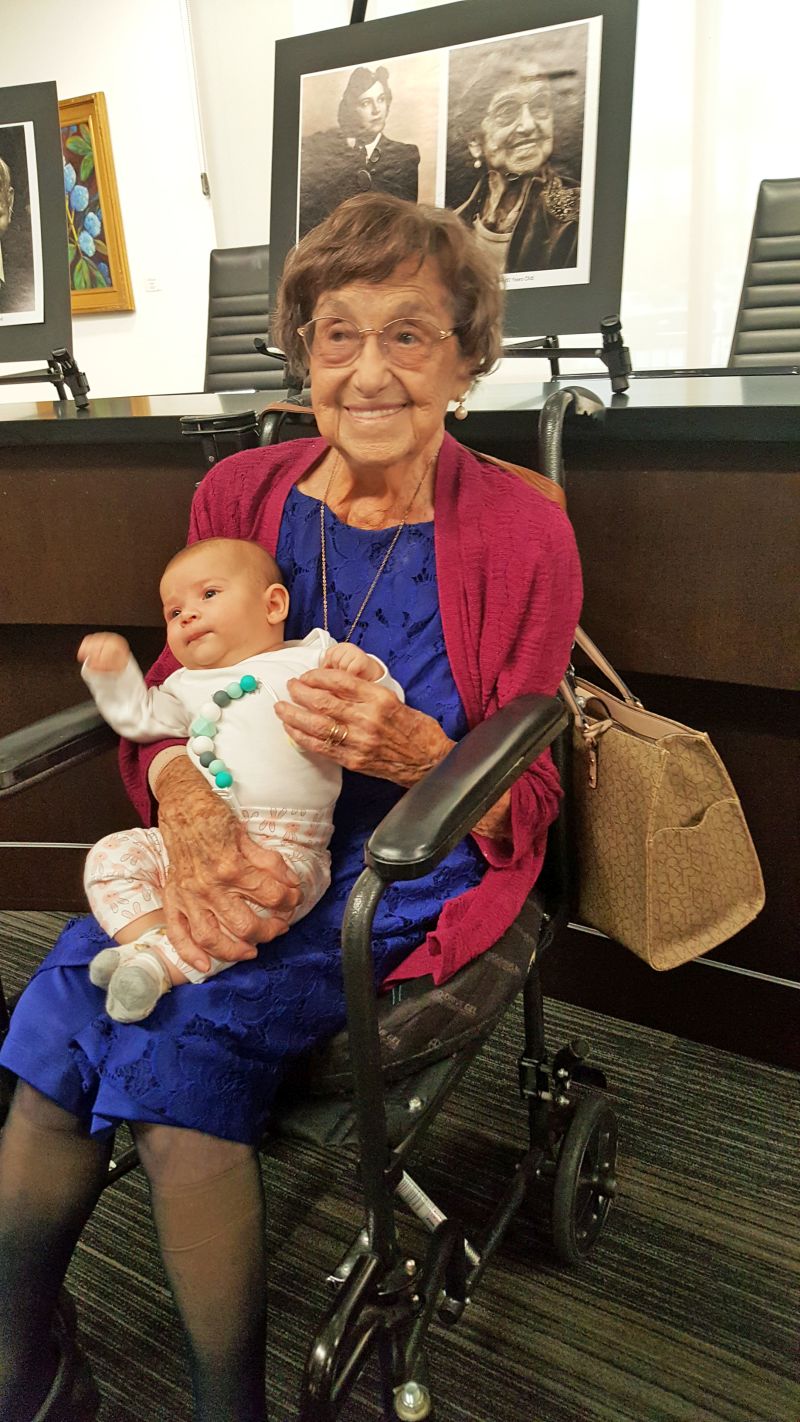 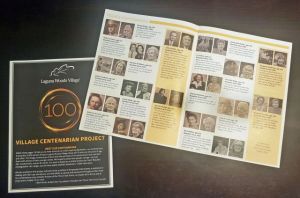 Eleven of the 16 centenarians who participated in the Village Centenarian Project were on hand with family, friends, and caregivers at the well-attended Launch Reception held the afternoon of June 28 in the Community Center Board Room. The portraits, matched to younger photos of each centenarian, were exhibited, and the three half-hour TV shows featuring video interviews with the centenarians were screened. A souvenir booklet (above), produced by VMS Marketing and Communications was distributed  at the reception and will be available at future showings.

Below at right, centenarian Cleo Lisle at the reception. On February 15, 2019, Cleo was the first centenarian to be photographed and interviewed. The last was Antoinette Mullen, on May 17. 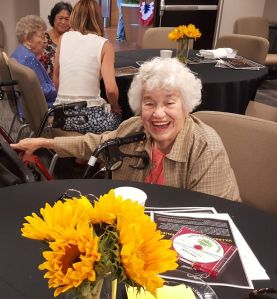 The event was dedicated to the memory of participant Eileen Goodwin, who passed away April 8, 2019.

When to See Portraits, How to Watch Videos

The portraits and videos will again be on display at Clubhouse 2 during the Village’s July 4 celebration event and during Grandparents’ Fun Day, Saturday, August 3.

The videos will be broadcast on Village Television during July and August and are also available on YouTube. See related post for details. 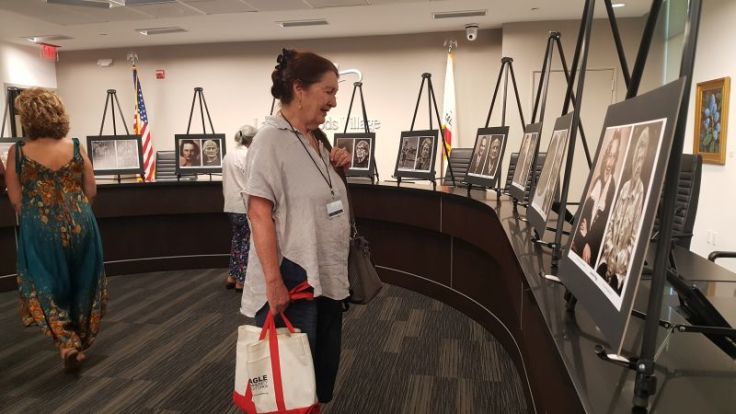 To open the photo gallery below, click on any photo. To close it, click “X” in upper right corner. 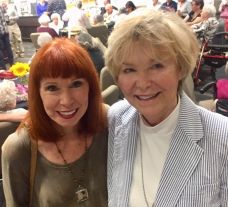 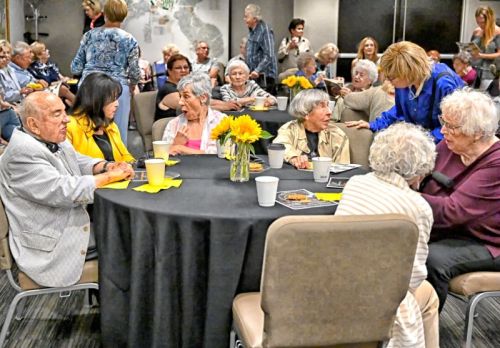 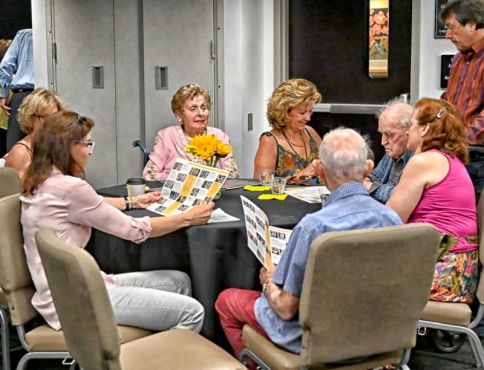 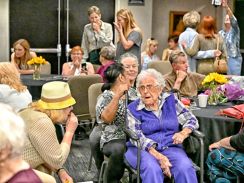 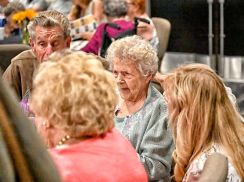 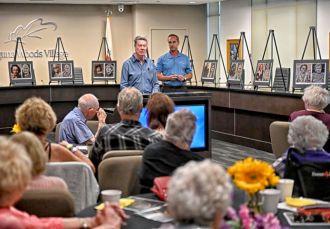 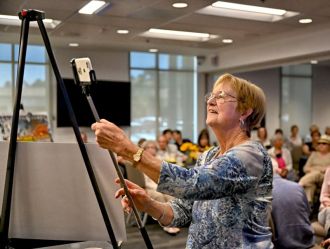 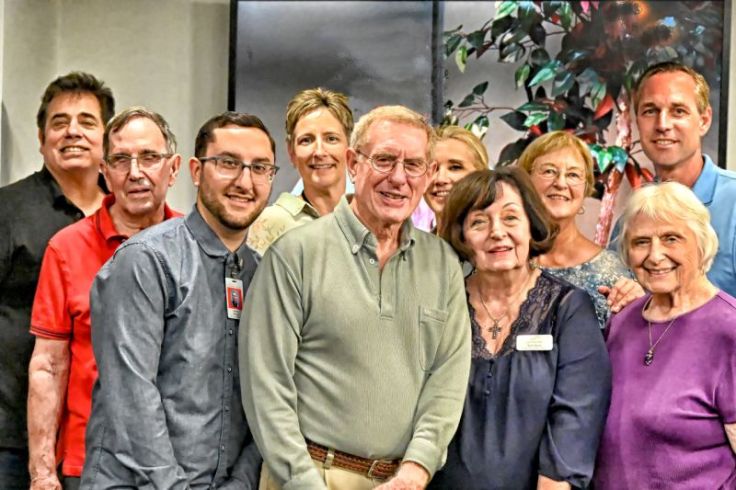