The Video Club has become an important contributor to Village Television in recent years. But in September, our club really shines with two new monthly shows – “Beyond the Gates” and “Video Club Spotlight” –  and a newly-completed, hour-long video from the 10th Annual Goldie Awards Banquet. In addition, our “Concerts in the Park” show continues to highlight musical performances recorded by Video One Productions near the creek during the COVID 19 shutdown. And a joint effort by the the India Club and the Video Club focuses on “peace.”

In September, under the guidance of co-host Susan Wheeler as segment pro 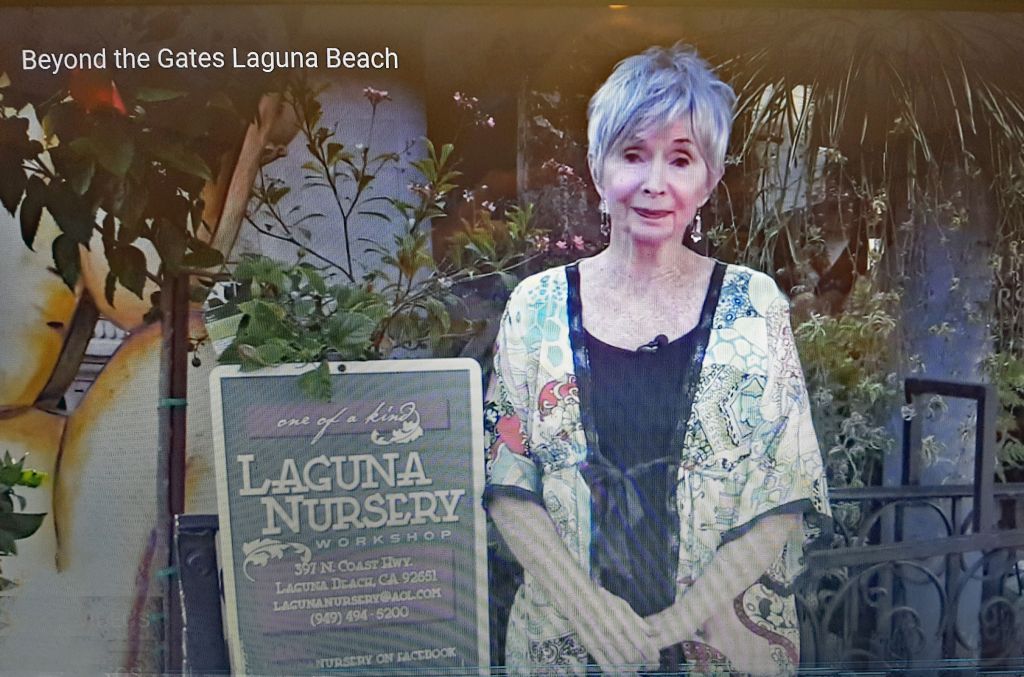 ducer, the team explores Laguna Beach in four segments. Susan meets with Ruben Flores, owner of Laguna Nursery, marveling at the store’s unique array of art objects and plants. Next, she learns the history behind the Lost Pier Cafe in South Laguna from manager Rachel Woods and reviews the restaurant’s tasty seafood menu. At Crescent Bay Point Park, Bill Hemberger learns about Laguna Beach from 40-year resident Bill Hoffman, founder of Hoffytours.  Finally, Susan delves into the mixed-media art and teaching of artist Reem Khalil, who describes making fabric dyes from local plants “as the indigenous people did” and observes, “I can survive off my property from my art to my food.”

Or you can view the Banquet Video on our website, along with Contest /Banquet details and many great photos!

Winners of the club’s Annual Short Video Contest – Stephanie Brasher, Fred Harshbarger, and Don Hill – are interviewed via Zoom by Bill Hemberger and Susan Wheeler. The eight contest entries which were screened at our 10th Annual Goldies Awards Banquet on February 3, 2020, in the Clubhouse 2 Main Ballroom are included in this video. Club members present at the Banquet voted to select the winners. Produced and edited by Suzanne Savlov with assistance from Tom Nash. Still Banquet photos by Andre Torng. Banquet photo montage by Lucy Parker.

WELCOME TO MY HOME – Shares the cultures (and foods) of residents born abroad. Mondays at 9:30 pm, Thursdays at 10 am. Producer: Vclub member Susanne Savlov. Produced by Video Club’s Video One Productions.

DISCOVERING LAGUNA WOODS – What’s new and interesting in the Village? Wednesdays and Sundays at 9:30 am. Host: club member Cyndee Whitney. Produced by Village Television
Past playlist available on the Village TV YouTube channel.

THE WRITE NOW SHOW – Meet local authors and other creative personalities. Mondays at 11:30 am, Fridays at 10:30 am. Hosts: club members Charlie Redner and Judy Saxon. Produced by Village Television
Past playlist available on the Village TV YouTube channel.

THE THRIVE SHOW – Thriving in the Village from many points of view. Thursdays at 9:30 am, Sundays at 10:30 am. Produced by professional videographer Scott Marvel, a Video Club Past-President and instructor
Past playlist  available on the Village TV YouTube channel.