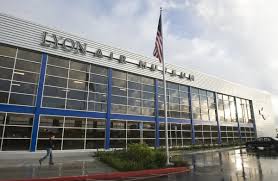 Writes Tom, “(In March,) ‘Laguna Woods Stories” will feature an interview with our favorite writer for the Globe, Daniella Walsh. Daniella was born in Poland just after World War II, moved to post-war and divided Germany as a child, then to the States when she was a teenager. Her interests include collecting (and doing) art and photography and writing.” (A Village resident and freelance writer, Daniella wrote the front-page story about our Annual Short Video Contest, which appeared in the February 25 Globe.)

The show runs on Village Television Wednesdays and Sundays at 12 noon April’s interview is not yet scheduled. 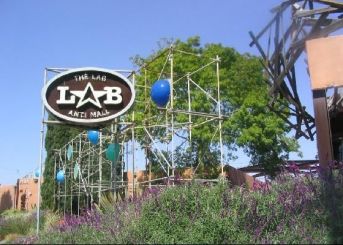 “Beyond the Gates,” the Video Club’s half-hour travel show which airs Wednesdays at 11 am, has continued to go into the field with Video One Productions teams each month throughout the pandemic, following safety protocols. In March, the show – produced and edited by Suzanne Savlov – highlights things to do in Costa Mesa. Co-hosts Bill Hemberger and Susan Wheeler, take viewers to a brewery and a record store in an “anti-mall,” to a unique bear-themed restaurant, and to the amazing Lyon Air Museum.

Member John Glassco served as a camera operator and provided excellent B-roll footage, according to Jack Crawbuck, who heads the photography team. Tom Nash serves as an advisor to the show. This month, the hosts experimented with a less-scripted, more off-the-cuff approach.

Segment producers are still needed to help plan individual shows. If you’d like to get involved and have knowledge of a local community, please contact Suzanne at sedonasue1@gmail.com. No tech skills required.

In March, “Welcome to My Home,” a half-hour show produced by Video One Productions, will re-run a visit to the home of Mitra Kholousi from Iran. Produced and edited by Suzanne Savlov, the show takes viewers into the homes of Laguna Woods Village residents who were born and raised outside the US, sharing information about their cultures and foods. “Welcome to My Home” airs Mondays at 9:30 pm, Thursdays at 10 am. Another repeat is anticipated in April.

“Discovering Laguna Woods,” a half-hour show which airs Wednesdays and Sundays at 9:30 am, is hosted by Video Club member Cyndee Whitney and produced by Village Television. Writes Cyndee: “Read all about it! Cyndee interviews the multi-faceted and very imaginative Cheryl Russell, editorial columnist for the Globe newspaper. Cheryl’s work as a writer, educator, coach, and corporate identity specialist will be highlighted.” Plans for the April show are in development.

“The Write Now Show,” hosted by Video Club members Charlie Redner and Judy Saxon, airs Sundays at 12:30 am, Mondays at 11 am. The half-hour show is produced by Village Television. It features interviews with local writers and other creatives. March’s guest will be performance poet Taylor Mali, described by Charlies as “one of the most well-known poets to have emerged from the poetry slam movement and one of the original poets to appear on the HBO series ‘Def Poetry Jam.’ He is a four-time National Poetry Slam champion and the author of four books, including What Teachers Make: In Praise of the Greatest Job in the World.” April’s line-up is not yet available.

“The Thrive Show,” a half-hour show produced by Video Club instructor and Past-President Scott Marvel, profiles many ways of thriving in the Village. It airs Thursdays at 9:30 am, Sundays at 10:30 am. Reruns will be featured in March and April.